We launched FlightBox on Kickstarter. In 30 days we found 344 backers

Here’s the story behind our project

The End Is Near

We’re coming to the end of the Kickstarter campaign. Hard to believe that 30 days have gone by so quickly. Even harder to believe that we’re at 302 backers. In a final push, we bought the leaderboard on the AOPA Aviation eBrief for today, which has added some 13 new backers in the past few hours. (Thanks, AOPA!) This puts us nearly 7 times our original goal.

If you don’t/didn’t get in on the Kickstarter, be sure to check out the web store. It will open shortly after the campaign ends.

The fabricator of the cases sent another round of production prototypes out today. They should be here on Thursday, and pictures will be posted on the Kickstarter as soon as we get them. This shipment includes another copy of the original light gray and a darker “medium” gray. When […]

We have about a week left on the Kickstarter campaign, which is rather amazing – time flies. In preparation for “what comes next” we’ve started building out a web store that will take over when the Kickstarter ends. We will be offering both models of the FlightBox quick-build kit, plus the FlightBox case for those DIY-ers who want to build a system from scratch.

We’ve already placed an order for first run of cases and will be ordering the other components as soon as the Kickstarter funds arrive. If you’re interested in getting a FlightBox as soon as possible, please place an order on Kickstarter now – the kits will be shipped in “backer order” until all Kickstarter orders have been fulfilled. Only after those have been handled will we be able to process and ship web store orders.

FAA Reauthorization – What It Means For GA

A few days ago Congress published a bill generally referred to as the “FAA reauthorization” – a 279 page document that allocates funding for the FAA for the next several years and also sets policy mandates for the FAA and the Department of Transportation. Formally know as the “Aviation Innovation, Reform, and Reauthorization Act of 2016”, the bill makes some major changes to ATC and includes a number of significant positives for general aviation, including the long sought 3rd class medical reform.

The reauth bill includes provisions that would effectively eliminate the current 3rd class medical requirement within 180 days of enactment. It would allow any pilot with a valid driver’s license to carry up to five passengers in aircraft weighing up to 6000 pounds, on flights below 14,000′ MSL and at speeds below 250 knots. To qualify, the pilot would be required to […]

FlightBox Production Prototype Is In

The production prototype case arrived last week while I was out of town for a conference. It was actually a bit frustrating knowing that it was sitting on my desk at home – I’ve been looking forward to seeing it ever since we finalized the design. When I got home late last Thursday but took a few minutes to unpack, take a look at the build quality, and do a quick fitting. The result: almost perfect on the first try. Here it is assembled: 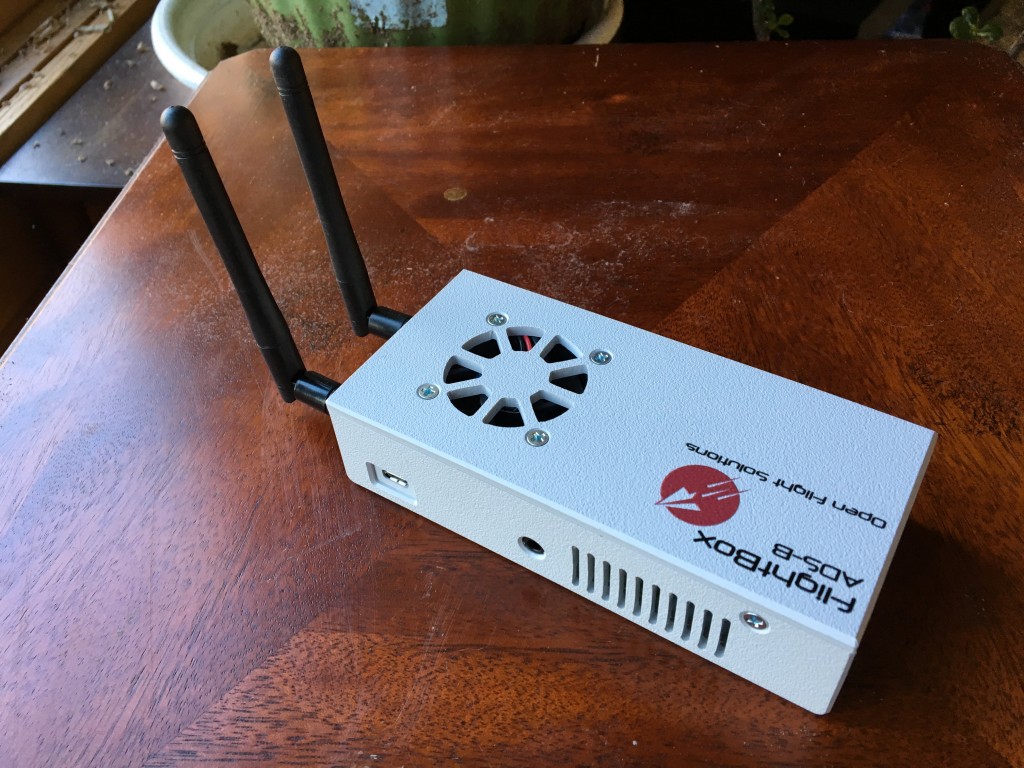 The Pi fits perfectly, with the power connector and audio jack exposed. It screws to the “bosses” – the standoffs with integrated nuts – perfectly using ordinary 1/4 #4 screws. I might add a lock washer and go up to 3/8″ to avoid the screws backing out due to vibration. The SDRs and GPS fit just fine, with the […]