Add Some Attitude To Your FlightBox

Since we launched FlightBox last January, the most frequent request – by far – has been to add AHRS capabilities. We started working on a design as soon as we dug out from under the avalanche of Kickstarter orders in March. After nine months of designing, r 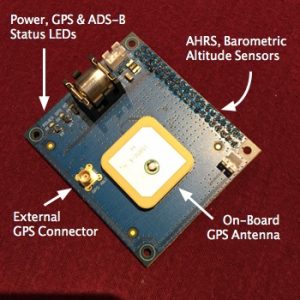 e-designing, refactoring and prototyping I am happy to announce that now have a final design. We will begin taking pre-orders on Monday, November 28 (“Cyber Monday”) and expect to deliver in January.

The board includes a number of sensors: One of the top three requests I’ve received since launching FlightBox is a way to send the ADS-B data to an EFIS or MFD. FlightBox usually delivers ADS-B and (optionally) GPS data to a display system over Wifi. This works very well for tablets and newer portable navigators, but there are many in-panel displays that do not have a Wifi interface. Most of these use the RS-232 serial standard instead. To get the data from FlightBox to an RS-232 port on an EFIS we use a USB-to-serial converter. This posed a bit more of a challenge than you might imagine, as most GPS devices also use a USB-to-serial converter.

If a GPS and the RS-232 output adapter both use the same USB-to-serial chip, they show up in the Raspberry Pi as something like “usb_serial1” and “usb_serial2”. To make matters more challenging, they don’t always get […]

I hate to use a click-bait headline like that, but the recent news of yet another GA mid-air collision has me angry. Last summer a Cessna 150 and an F-16 collided near Monck’s Corner, South Carolina, killing the pilot and passenger in the Cessna. Two weeks ago a Cessna Caravan and a Piper cub collided in Alaska. Last week another mid-air, this time in Georgia, left three dead. Mid-air collisions are relatively rare but invariably draw the attention and condemnation of the press – something GA definitely does not need.

The recent spate of articles made much of the fact that these accidents occurred at or near “uncontrolled” airports. As pilots we all understand that “uncontrolled” does not mean “out-of-control” or “free-for-all.” The traffic rules and standard practices usually make operation at an uncontrolled airport quite safe. The general public does not understand this. Perhaps more than any other type of […]

The system image file linked from the Re-Imaging Tutorial is now updated to include v1.0r1 of the Stratux software. The image has been tested on both Raspberry Pi 2 and Raspberry Pi 3 systems with positive results.

Note: Users only need to re-image their data card if they experience difficulties with an update or receive error notices indicating that the Linux image on their system is out of date.

For the past several months FlightBox has been shipping with a copy of Stratux v0.8r2. After several months of testing we’re happy to announce that an update to Stratux v1.0r1 is now available. 1.0 fixes a number of minor issues. Updates to the software include:

All together these make for a more stable and powerful system. The Stratux community has been using v1.0 since mid-July with no major issues reported. I’ve put about 20 flight hours and over 500 bench hours on the FlightBox 1.0 build with no complaints.

Please see the Update Tutorial page for a link to the update file and for installation instructions. (Or […]

When we launched on Kickstarter back in February we declared the beginning of a Kit Avionics Revolution. Since then we’ve sold over 1200 FlightBox kits to pilots all over the world. In so doing we’ve learned a lot about ADS-B and about the aviation market. The Kit Avionics Revolution has been a huge success for us, but one of the more important things we’ve discovered is the range of technical aptitudes and interests in the flying community. While many pilots relish the opportunity to get hands-on with their systems, others prefer something a bit more finished.

In order to serve those who just want to buy and fly, we’re pleased to announce the availability of the FlightBox FB1X – a fully assembled and tested dual-band ADS-B receiver with all the features of the original FlightBox kit. The assembled […]

But… the most common issue we run into is power. Many of […]

The last time I posted anything we had just finished loading up the giant rental van for our long journey north to Oshkosh and AirVenture 2016. A huge thank-you to everyone who stopped by the booth. We had a very successful week in Wisconsin. We talked with hundreds of pilots from all over the world. Across the course of the week we sold more than 100 FlightBox systems on-site, and nearly as many over the web. 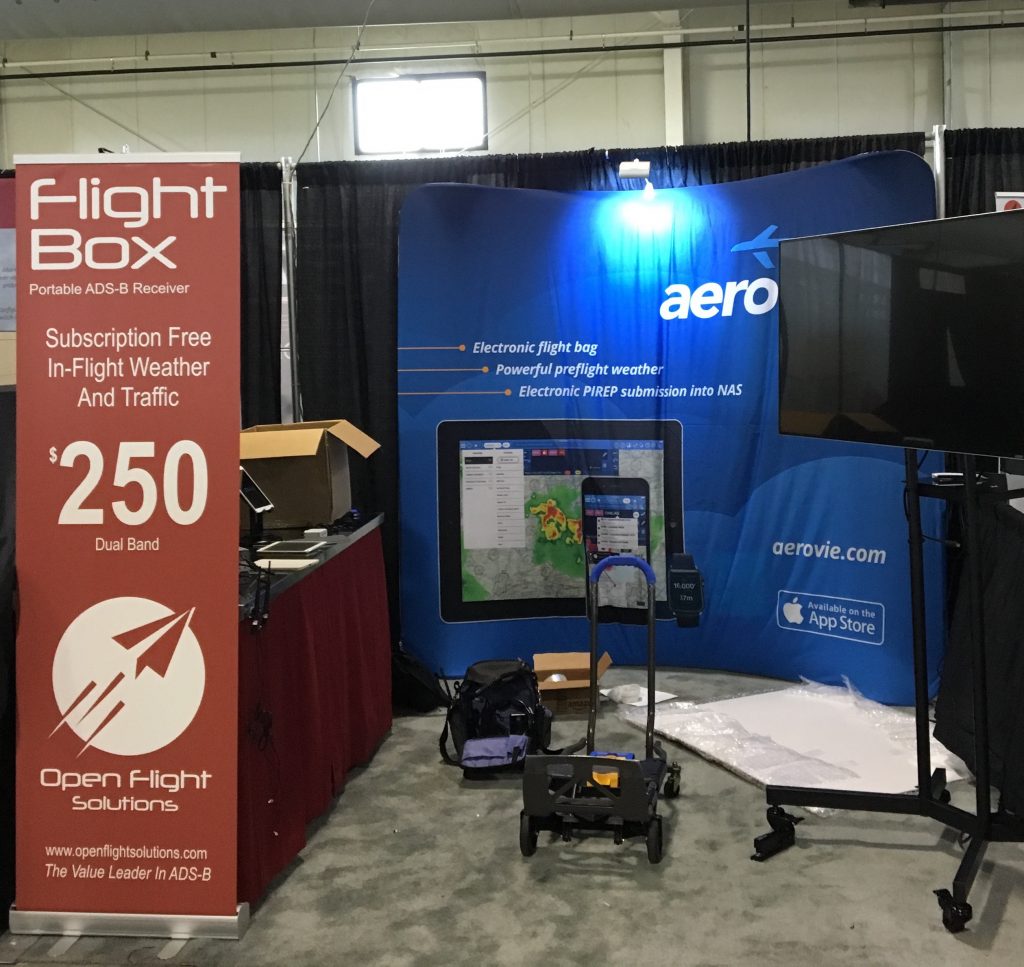 Assembling our OSH booth on a very hot and muggy Sunday afternoon.

Oshkosh was also a great chance to catch up with our EFB partners. It is amazing how many innovative developers are working to make aviation safer using consumer electronics platforms. Between the iPad aviation revolution and the recent release of “approved but not certified” products from Dynon and Garmin’s Team X, the future […]